Alexandros Kaklamanos, Despina Sevasti and Panos Sklavenitis transmit a recorded conversation lasting 3,5 hours, which was designed and implemented as a joint project in 2012, dealing with art and daily life, the current socio-political situation, the narratives of the Crisis, Tarzan and patriotic songs. The entire project developed through a series of research sessions, collecting and exchanging relevant stuff of all kinds and evolved around a series of discussions. The first recorded one took place at the School of Fine Arts Residency Station in Delphi, at October 7 2012 and the second one was recorded at Despina Sevasti's apartment in Athens, at October 13 2012. 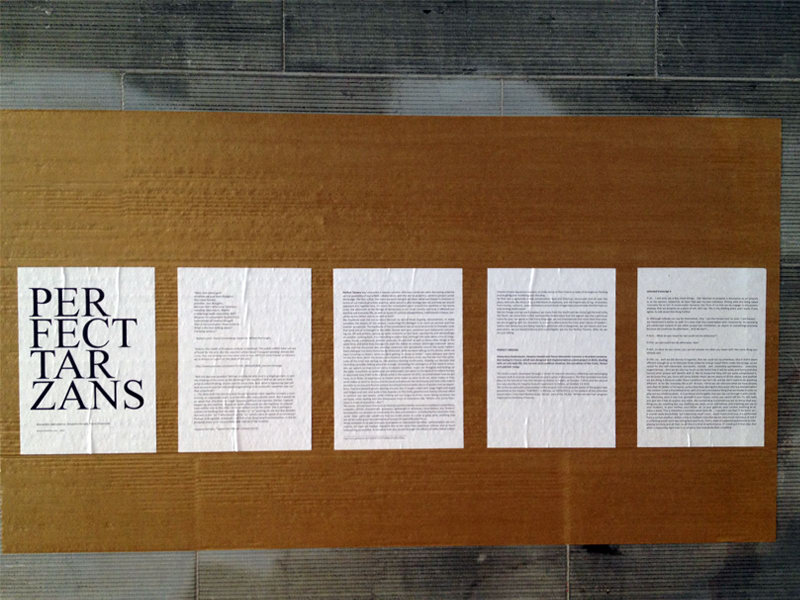 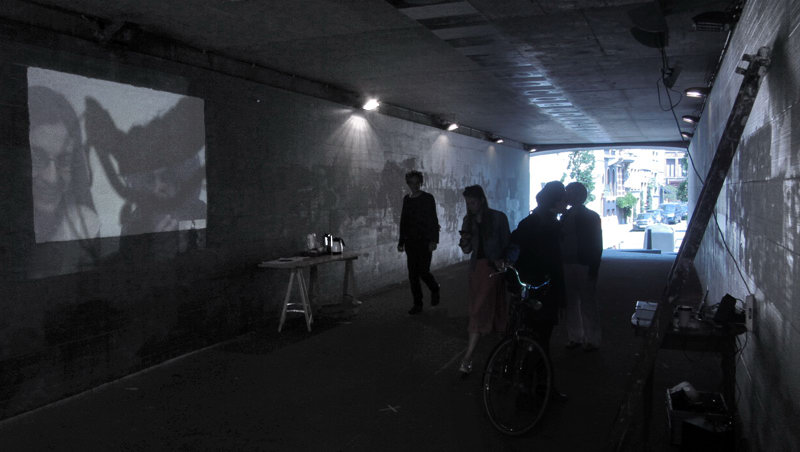 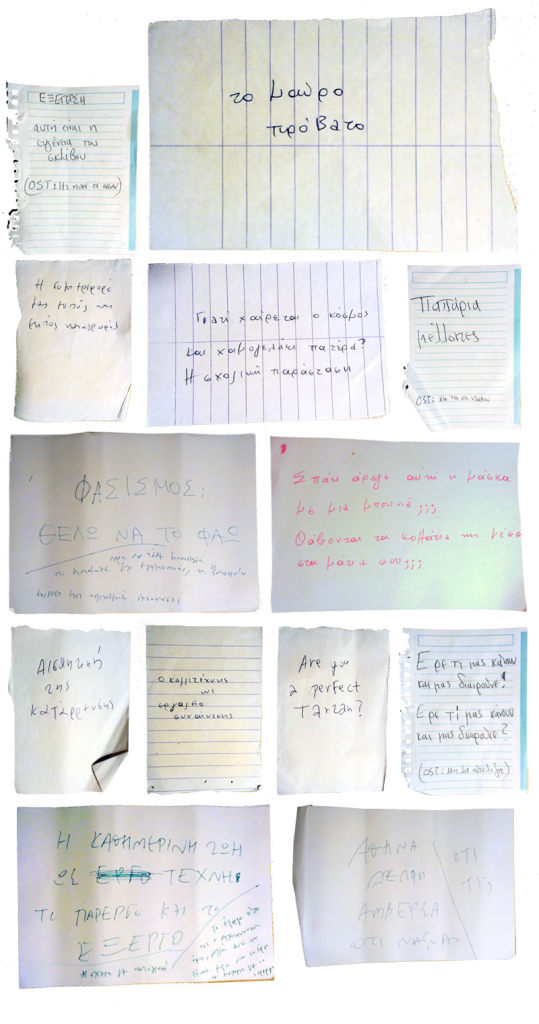 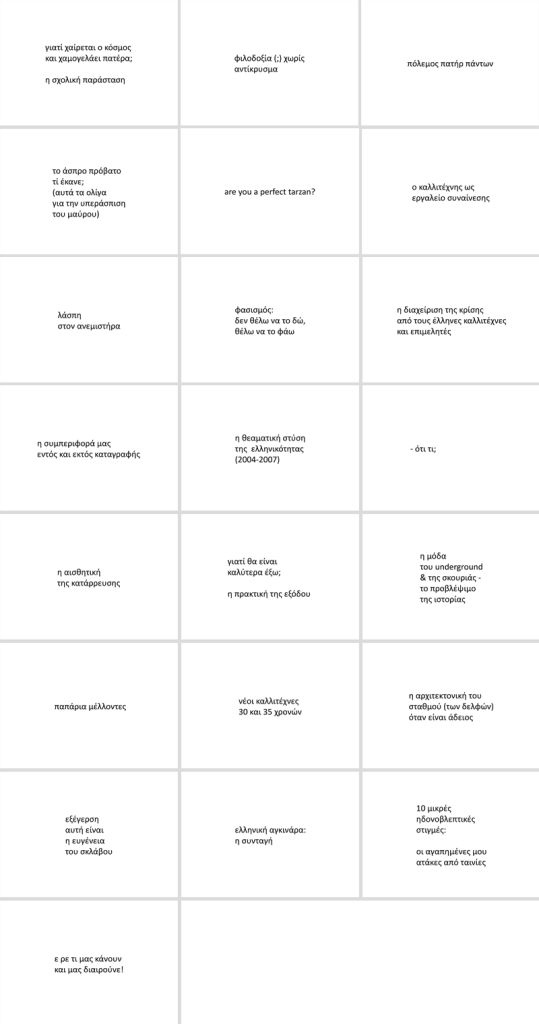 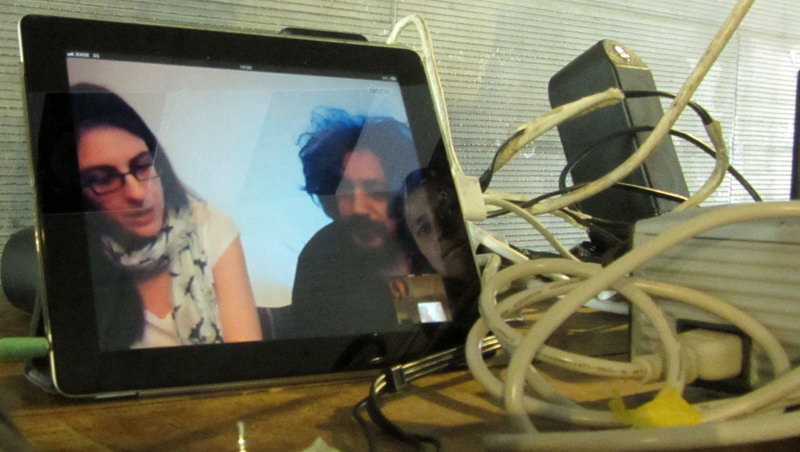 This is the second public presentation of the project. The 10 minute audio trailer of the project was presented at the theater "EMPROS", in Athens, on 09/02/2013, in the context of the collective presentation 'Disturbed Relationships: Voices', part of the 10-day 'Where are we now' program organized by Kolektiva Omonoia. 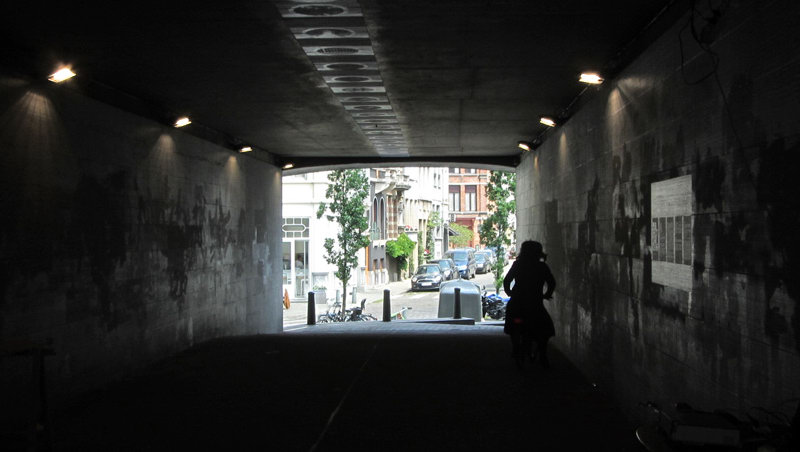