The video ‘‘e-trnl’’ is created starting from the picture presented on the right.

The moment as eternal repetition, the ineffective, the embryonic connection to nature, are ideas that emerged from the viewing of the original photo.

The video creates a new image, in which the sky and the rock are elements, which remain constant, unchanged in time, exactly as they appear in the photo. The form of the person remains in its original shape, but revolves slowly around its centre, always in the same spot.

The sea is filmed, one year after the picture was taken, with the intention to replace the stillness of the photography and to create a third layer of time. 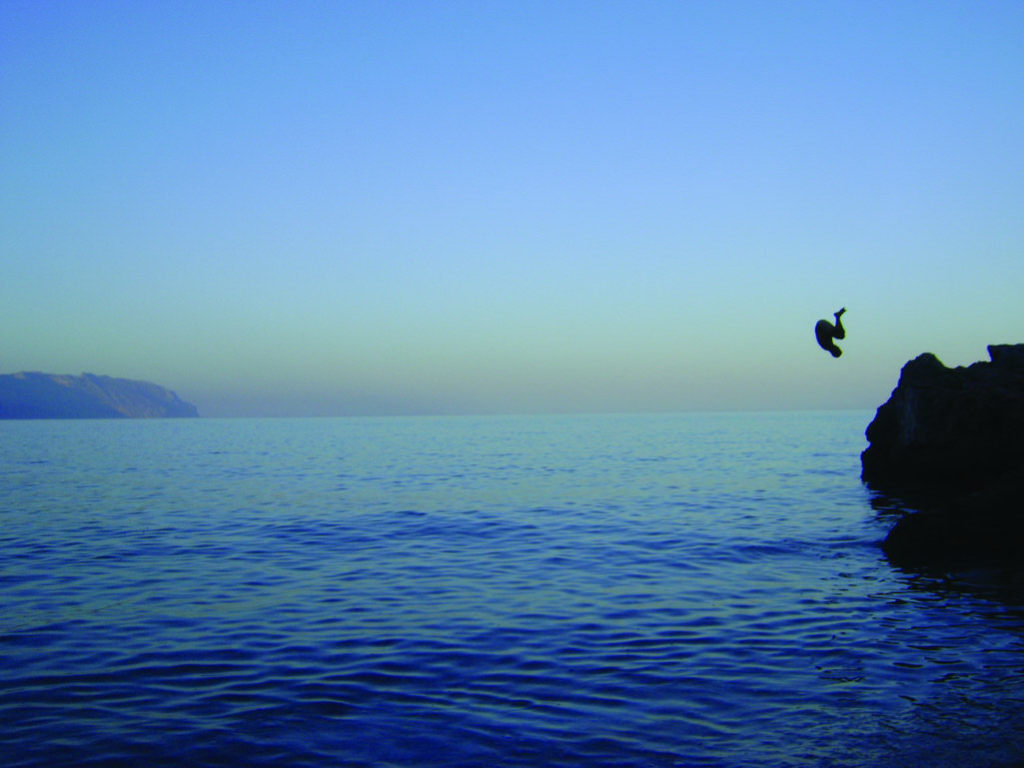 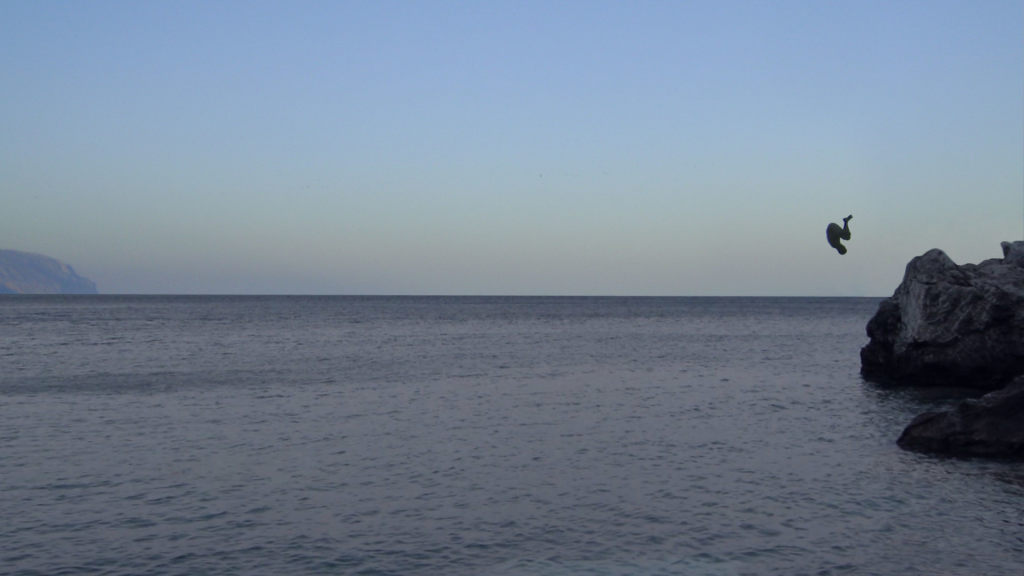